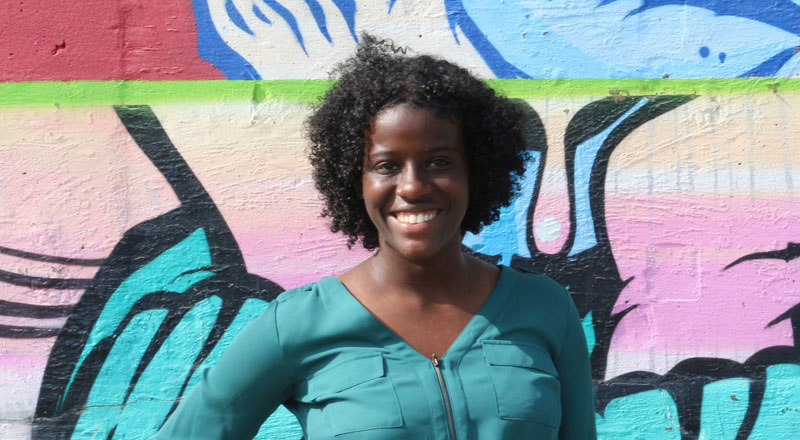 Each year, the faculty and staff at SC Whitmore School presents one student the award of “Student of the Year.” This year, 12th grader Meron “Shikuro” Messinides, of Camden, earned the honor.

Shikuro and her older brother and younger sister were adopted from Ethiopia in 2006 when Shikuro was five years old. Initially, Shikuro and her siblings were homeschooled and academics did not come easily to her, as she had difficulties learning a new language. Shikuro attended a traditional public school from sixth to tenth grade before making the decision to try something different with her approach to education.

In August of 2017, Shikuro enrolled in SCWS where she was able to learn at her own pace. The mastery-based curriculum perfectly fit Shikuro’s needs and she will be graduating one year early this year while maintaining a cumulative grade point average over 4.0.

Not only did she thrive academically, attending SCWS allowed her to volunteer with the Kershaw Health Hospital where she worked in the Oncology department. This experience helped her realize her passion of ultimately becoming a nurse.

Shikuro graduates from SCWS in June and is already taking steps toward her dream as she is enrolling next year at Central Carolina Technical College in Sumter. She plans to enroll in the RN program and eventually become a nurse practitioner.

“Shikuro has been a model student here at SCWS,” said Principal John Loveday. “Not only has she earned a GPA over 4.0, but she has attended more school days than required. Since English is not Shikuro’s first language, SCWS’ flexibility has allowed her to learn at her own pace and it has clearly paid off. I’m so proud of the progress Shikuro has made and we are honored to have her as a student.”