In October, the Richland County Sheriff’s Department received a call from the wife of a man with a gun who was threatening to kill himself at his home in Columbia.  When deputies arrived at the man’s home, they began a dialogue that lasted approximately 45 minutes before the man requested to speak directly to Richland County Sheriff’s Deputy DuJuan Council, whom the man knew personally. Sheriff’s deputies were able to contact Deputy Council, who was off-duty and accompanying his son on a school field trip, and put him on the phone with the man.

Deputy Council reminded the man of what was important to him and urged him to not make a permanent decision over a temporary problem. Deputy Council promised the man that if he put down the gun and agreed to go to the hospital, he would come visit him immediately.

Shortly thereafter, the man put down the gun, surrendered to law enforcement, and was transported to Baptist Hospital where he was greeted by Deputy Council and Deputy Frasier, who spent the remainder of the day with him in his hospital room.

Deputy Council gives the credit to his fellow deputies who began the dialogue with the man and ultimately transported him to safety. He also credits Richland County Sheriff Leon Lott with instilling a philosophy of community engagement in his officers and encouraging them to get involved with the people in their communities to gain trust and build relationships. It was one of those community relationships that saved the life of a Richland County man.

SCWS Principal John Loveday said his school is proud to have Deputy Council on their board.

“We are incredibly proud of Deputy Council for receiving this amazing award and the role he played in such an inspiring event,” said Principal Loveday. “We have seen Deputy Council’s big heart and selfless attitude up close for many years and it’s great to see him get the recognition he deserves. Our school is honored to call Deputy Council a friend and board member.”

Deputy DuJuan Council is a native of Camden, South Carolina. In addition to SCWS, he sits on the board of the Lexington/Richland Alcohol and Drug Abuse Council (LRADAC) and the Richland County CASA Foundation. He is the proud father of 4 year-old Payten Council. He is a member of Bethel AME Church.

Deputy Council is available for interviews upon request. 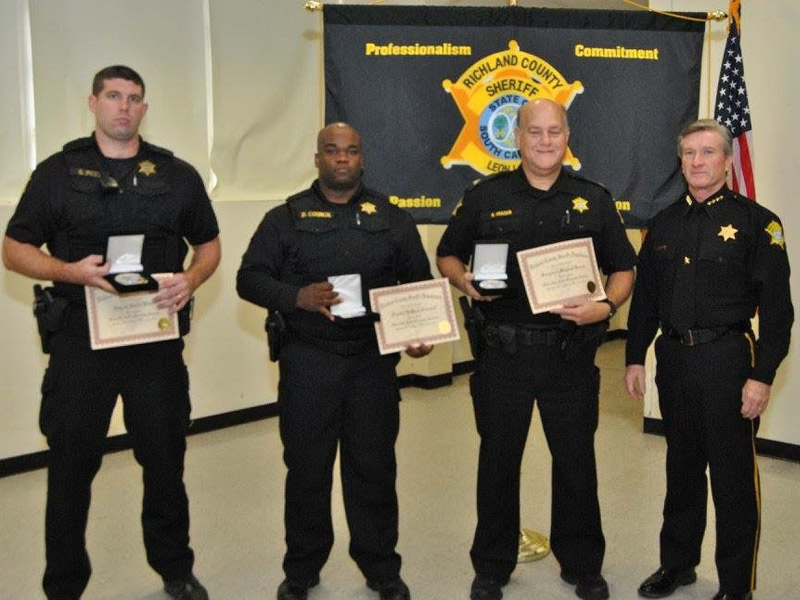